December 1 was my husband’s 70th birthday.  It marked 30 birthdays that we have celebrated together.  That is hard to believe.  December 1 is his birthday but it is also World Aids Day. The first World Aids Day was Dec 1, 1988 which was 25 years ago.  I witnessed the first documented case in our hospital in 1983 when I was a resident.  Five years later during my Family Medicine Residency, we would diagnose many cases in men, women and children.  My residency and pediatrics rotation provided an opportunity to unfortunately hospitalize several children who had AIDS.  I provided care to many patients with AIDS and watched too many of them die over a period of 12 years. 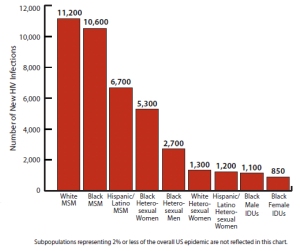 I am no longer providing direct care to patients who have AIDS but I do know that I will be diagnosing and referring new patients for treatment.  I am recommitted by these statistics to get the news out to a new generation.  Safe sex through use of condoms is essential to prevention.   However, the sad truth is that 1 in 6 people with HIV do not know they have been infected.  Getting tested is important.  Let’s get the information out there. For more information http://www.itsyoursexlife.com/gyt/hiv-aids/