Looking back 2016 was a year of celebrating but also a year of disappointment. The year started with spending time with my best friend from medical school and her husband in Oakland, CA. I took this trip to regroup after leaving my position as a medical director at a major university to resume teaching in a family medicine residency program. My friend is always so open and honest. She keeps me grounded because she always tells me the truth. That is important because I can be hard on me. I spent three months reacquainting myself with hospital inpatient medicine. It was a really exciting period which I enjoyed. Getting back into prenatal care in my new position as the Women’s Health Coordinator for the residency program was the most enjoyable.

In May, I attended the annual Society of Teachers of Family Medicine Meeting in Minneapolis Minnesota. I accepted a position as a trustee on the STFM Foundation Board. My husband got the chance to explore Minneapolis. The meeting was highlighted by the keynote speakers. The first was Camara Phyllis Jones, MD, MPH, PhD from the Satcher Health Leadership Institute and the Cardiovascular Research Institute the topic was “Achieving Health Equity: Tools for a National Campaign Against Racism.” She presented several tools for dealing with racism: https://www.youtube.com/watch?v=3aXoBfmSBNQ

June was a spectacular month. We attended our family reunion in Savannah Georgia. It was attended by members of my grandmother’s family.   We had an opportunity to tour Savannah and learn about the impact of slavery in the shaping of the history Savannah and the south. During this time we were in the midst of the most divisive presidential campaign in history.

In September we went to DC for the opening of the National Museum of African-American History and Culture. The weather in DC was beautiful and we walked all over the place. We did not have tickets to tour the museum but we went to all the festivities. We sat out on the National Mall with the crowds watching the ceremony on one of the many jumbo Trons. We all shed tears after each speaker. Patti Labelle sang “A Change is Gonna Come” and there was not a dry eye. Former President George Bush and his wife Laura Bush were instrumental in getting the bill signed and serving on the board for the museum. The Obamas continued their work. In the words of Lonnie G. Bunch III, founding director of the Museum, “there are few things as powerful and as important as a people, as a nation that is steeped in its history.” 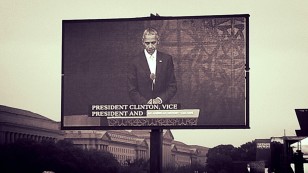 We spent election at a friend’s. The party was not the celebration we had hoped for. The last time she had an election night party was when Bill Clinton won. I was in Maryland and that was the last time I attended one. It was a heart breaking night. We all were in shock. The next day, I spent the day consoling my residents. I am still coming to terms with my disappointment over Hillary Clinton’s loss. She would have been the first female president of the US and could have joined Angela Merkel and Teresa May.

In December, we spent a week in Ocean City Maryland. The weather was beautiful. I needed the change. 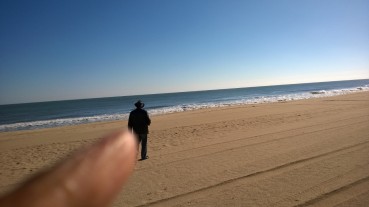 I completed my a 200 hour yoga teacher certification program at The American Yoga Academy .  I am certified as a Health and Wellness Educator.

We spent Christmas Day in Baltimore with family. We spent the day visiting family. With Christmas falling on the Sunday, we both had Monday off. We have celebrated 33 New Year’s Eves together.  We spent a quiet evening at home and watched “Casablanca”

Here’s to 2017.   I am going to work very hard the first few months because of projects I need to complete but I do plan to spend time catching up with old friends. I do not make resolutions but if I chose a theme or a word, it would be “Gratitude.”  I am thankful for who I am and what I have which includes friends, family and work that I enjoy. As we celebrate MLK Day and anxiously await the peaceful passage of power from the first black President of the US, Barack Obama, to Donald Trump, I am thankful that the Constitution of the United States has checks and balances. I am hopeful for our future. As a physician, I am confident that the Affordable Care Act will not be repealed because it will have disastrous consequences.

2 thoughts on “What a year it was”